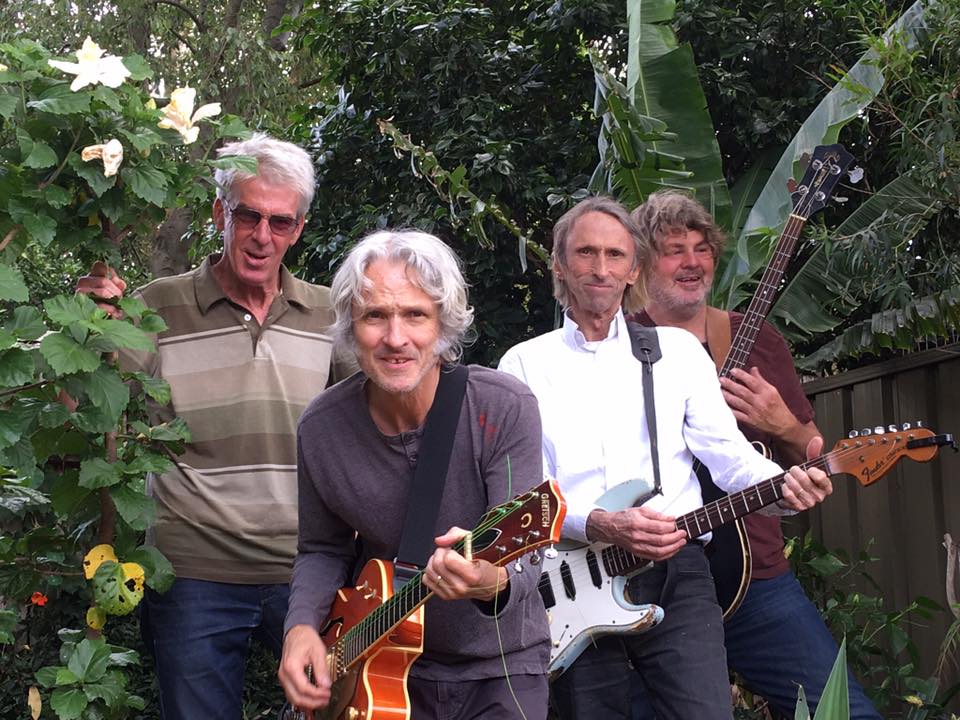 Spearheaded by brothers Peter O'Doherty and Reg Mombassa, Dog Trumpet have been playing, writing and recording their music since the release in the early 90s of their first album Two Heads One Brain. Over the span of three decades there have followed another five critically acclaimed albums: Suitcase, Dog Trumpet, Antisocial Tendencies, River of Flowers and in 2013, the double album Medicated Spirits, nominated for that year's Australian Music Prize album of the year.  Recorded and produced by Peter at home in his 'South Road' studio, the brothers have created an inventive and original body of work distinguished by an eccentric and offbeat harmonic warmth and melodic drive propelled by Reg's distinctive slide guitar and Peter's elegant acoustic guitar and mandolin.  Their poetic, at times absurdist lyrics are set against a sonic backdrop that could loosely be described as a meld of rock and roll, psychedelic folk, country and semi-abstract blues.

Reg and Pete were founding members of iconic Australian band Mental As Anything.  Meeting at art school in the late 70s the band members began writing songs in the cauldron of Punk and New Wave, making a mark with their left field mix of music, art, video and humour and leading eventually to ARIA awards and induction into the Hall of Fame in 2009.  The brothers detached themselves from the Mentals at the end of the 90s, leaving behind as contributing songwriters a legacy of nine albums and over twenty Top 40 hits in Australia and New Zealand along with several songs hitting the top of the charts in the UK, Scandinavia, Germany and North America.

Parallel to their musical careers Reg and Peter are also serious and committed visual artists.  Reg is well known for his idiosyncratic and iconic work for Mambo Graphics and as a fine artist, holding his first exhibition in 1975 at Sydney's Watters Gallery.  Peter too is an established artist/painter represented in Sydney by King Street Gallery on William.  For more than three decades the brothers have exhibited widely in Australia, NZ, Europe and the USA.