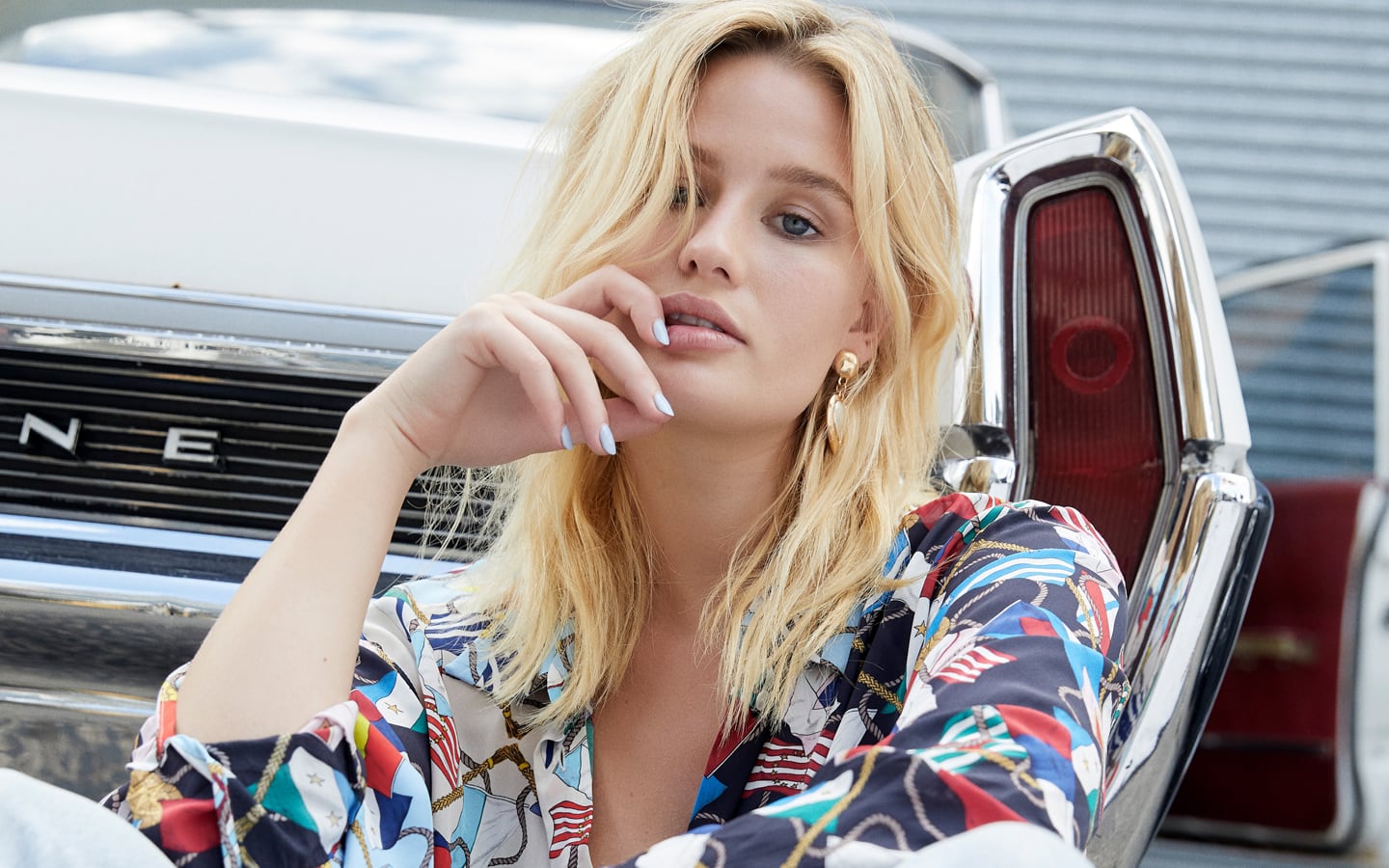 Coming down one Christmas in her early teens to find a guitar, microphone and amp under the tree, gifted to her by her father, Grace Pitts’ life’s work began without her even truly realising. Playing classical piano from an early age and singing around the house, she had an inkling that her real talent may lie with songwriting. After starting out writing folk songs she then, due to growing up “not just as an artist but as a teenage girl,” gravitated back to the piano and to new, poppier climates.

Her big break came co-writing and featuring on ‘Numb’, the 2017 track from Australian artist and producer Hayden James which quickly became platinum in their homeland. A left-of-centre pop smash, it showcased GRAACE’s silky vocals which also saw GRAACE join Flight Facilities as a touring vocalist on their 2018 “The Return Flight” tour, playing shows across Australia as well as North America, Europe and New Zealand. It was quickly followed by the singer’s debut single proper, ‘Kissing Boys’, an equally catchy bop that fleshes out a piano base with fluttering synths while still using simplicity as its greatest weapon.

It was followed by 2018 debut EP ‘Self-Sabotage’, which has garnered 25 million streams globally to date. Described by the singer as “very melancholic”, the collection sees her not shying away from life’s downsides, but embracing them and learning from them in order to become stronger. It shows her unwavering commitment to honesty in her music, stemming from her using songwriting to pull through at her lowest moments. Her father - her biggest champion - passed away when she was 14, and so every move she makes forward, it’s with the knowledge that he’s willing her along.

“The EP was useful to me,” she reflects. “It helped me to get all of those feelings and negative emotions out, and as soon as I released it, it felt like I'd taken all of my baggage and threw it and burnt it - it was a huge weight off my chest.” She describes the release of the EP as “probably the most satisfying thing I've done, especially for my mental health”. This shedding of emotion has allowed GRAACE to put the past behind her and make bold, brilliant steps forwards. In her most recent two singles, ‘Have Fun At Your Party’ and ‘21st Century Love’, she cuts a more hopeful figure, transmitted via huge choruses that burst out with confidence.

The tracks are two of dozens of new songs the artist has in her locker. Drawing from her beginnings playing alone with a guitar to piano-driven solo efforts and glossier, chart-leaning pop, the next year is set to see GRAACE realise her vision as an all-encompassing artist, flexible in her style but with a firm, vibrant personality. This adaptability was shown wonderfully when she took on a version of Avril Lavigne classic ‘Complicated’ for triple j’s lauded Like A Version series, taking the pop-punk classic and turning it into a sombre piano-led heartbreaker, fleshed out with help from a gorgeous, sweeping string section.

"Avril is the best,” GRAACE exclaims. “She completely changed music for women in that age. She reminds me a lot of Billie Eilish, who I feel like is doing similar things now. I've been waiting to do 'Like A Version' since I started making music. I was pinching myself all day, I cared about it so much." With a sold-out tour and debut run of festival dates behind her, and more shows in the pipeline, the next year is set to see GRAACE roll out her world-conquering vision.